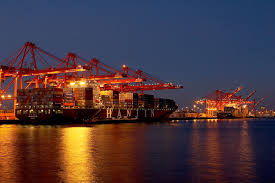 The Millennium Ecosystem Assessment, released in 2005, is an international report by over 1000 of the world’s leading biological scientists that analyzes the state of the Earth’s ecosystems and provides summaries and guidelines for decision-makers.

In this report was explored  the concept of Ecosystems Services (ES), that is a system to give a monetary value to nature.

But how does the often intangible value of nature translate into a money-based commodity?

The Millennium Ecosystem Assessment, known as the MA, provided a methodical, clear and compelling analysis of the state of the Earth’s ecosystems. It described ecosystems as the Earth’s “life-support system”, providing humankind with essential “services”.

In addition, the MA provided guidelines for decision-makers in government and business.

Using these categories as guidelines, the MA attempted to calculate the monetary value of each of these “services”.By attributing a financial value to how beneficial these ecosystem services are to humans, one can also conversely estimate how much the loss of these services will “cost” long-term human well-being.

As a result of this work a new organisation The Economics of Ecosystems and Biodiversity  (TEEB) was initiated, focusing on implementation.

TEEB is a global initiative launched in 2007 by Germany and the European Commission to help countries, policy makers and businesses incorporate these monetary values into their decision-making processes.

ES can also support the maritime industries, defining the long-term monetary value of a dredging project and measure it against the “natural capital” of the local ecosystems. By conducting the ES valuation prior to the start of a project, the project design and procurement process can consider ecosystems from the beginning rather than facing risks later on during the project.

The ES concept is gaining inroads in the dredging industry. In May 2013 CEDA (Central Dredging Association) issued an information paper on dredging and ES. And in December the International Association of Dredging Companies (IADC) published a Facts About dedicated to ES (http://tinyurl.com/njlzdzs).

Of course, the international dredging industry focuses on the essential services dredging offers, but simultaneously, using the best available scientific and technical practices, the dredging companies respect stakeholders’ values and concerns for ecosystems.

Implementing ES valuation to quantify the importance of biodiversity and viewing it as “natural capital” can hopefully support this process.

Ecosystem Services is a work in progress, but it clearly adds a new and unique tool to the toolbox to confront the complexities of major infrastructure development.

On The Mos Way 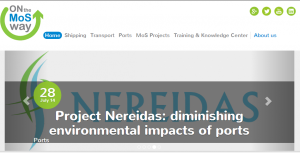